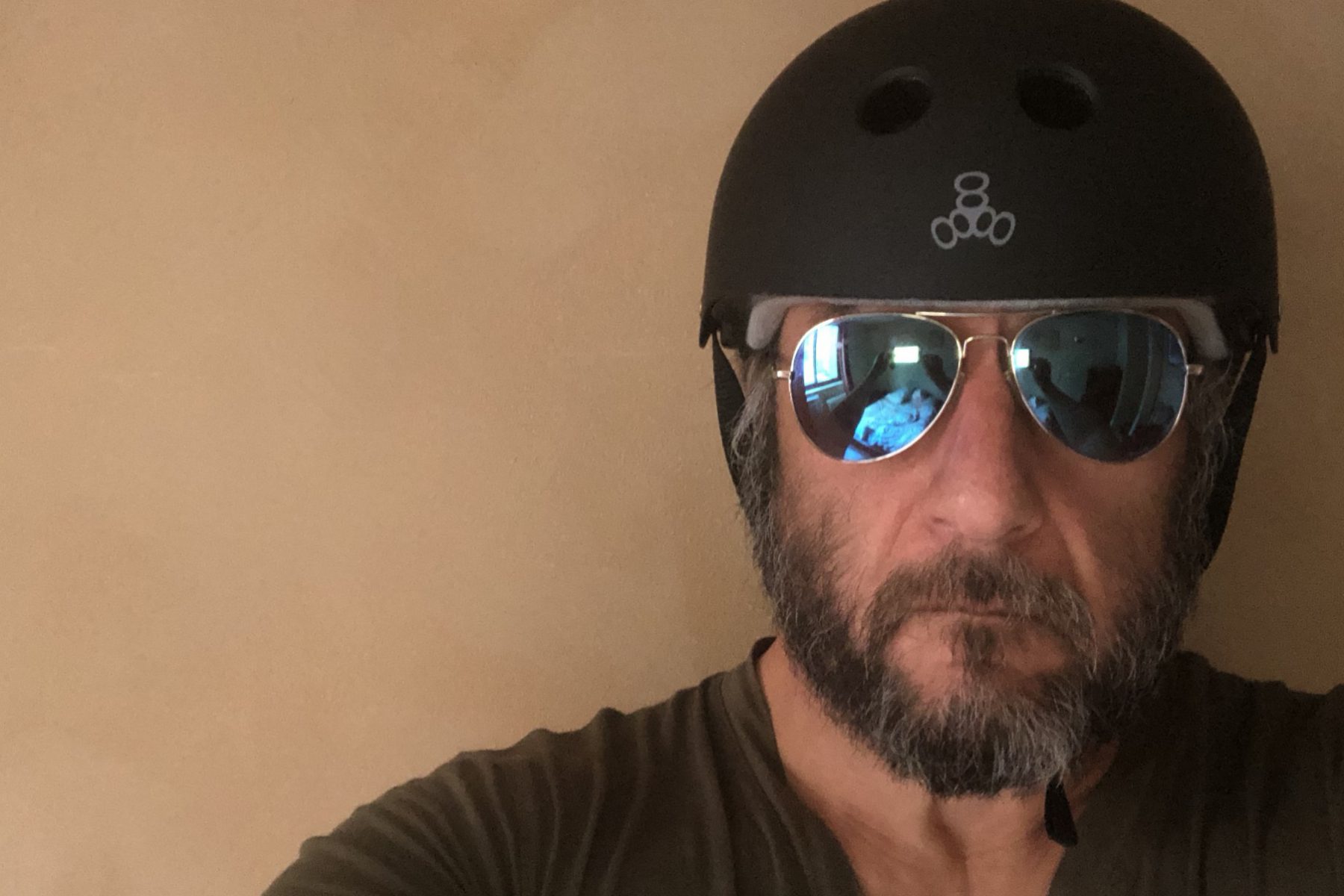 I promised myself that I would keep active and in-shape for Othello. Some of that impulse comes from my personal phobia of ever being “the problem”. It’s interesting to note that for me the actor’s nightmare is not the typical “I-realized-I-was-on-stage-and-I-didn’t-know-my-lines” dream. My nightmare is one where I am injured and everyone in the company is waiting for me to heal so that the show can continue, or sometimes, that I am injured and no one believes it and everyone is waiting for me to stop faking so the show can continue.

As a young actor that horrible dream was never more than that…a dream. But now that the “carousel of time” has spun like a top I have to be diligent about staying fit to fend off injury and fatigue. So every morning starts with Yoga, a light breakfast and then I climb on a Citi Bike to commute to and from Rehearsal.

A started this regimen on my first day here and have continued. On my first commute home from rehearsal I was sideswiped by a shiny white Mercedes. I heard him and felt him and instinctively dodged to my right while putting out my left hand to fend him off. My hand found his passenger side rear view mirror and folded it against the car as we both lurched to a stop. I could not see the driver through the tinted windows and considered unfolding the mirror for the driver and then opted to leave it as an act of gentle revenge. I pedaled away unscathed. The very next morning I was chugging down 9th avenue on my way to rehearsal when a black BMW bore down on me as I was weaving through stopped traffic. I saw him coming and knew instantly that we would likely collide so I kicked my right leg up so that his grill might hit the bike instead of my knee, swerved to the left and started looking for a place to fall. The Beemer stopped just inches from me, my pant leg taking some dust off his hood, and my trajectory took me onto the sidewalk and past an elderly gent who witnessed the entire near-collision in slack jawed wonder. I got both feet on the pedals and the bike back on the road and realized I was laughing through the entire event.  And through both of these encounters I was biking without a helmet. The production stage manager was not pleased when he learned of this practice and I was encouraged to get a some headgear for my daily rides. A castmate also offered this advice, “you might think you look funny in a helmet, but you’ll look funnier in a diaper”.

Paragon sporting goods is only a couple of blocks from the rehearsal hall and I stopped in. A very intense looking woman with jet black hair,  and many tattoos on both her veiny, muscled arms greeted me, commended me on my decision to purchase a “brain bucket” and even suggested a particular brand and model. I was on the street 5 minutes later wearing my new helmet. The ride home was uneventful save for one amusing moment. I was cruising west on 15th street following behind another Citi Biker, a young man with long hair that was blowing in the breeze. He was taking up a lot of the road and forcing cars behind him to slow for him. A van along side me was crawling to that bikers pace and the woman driving was grousing loudly enough for me to hear her through the open passenger window. “…he’s not even wearing a helmet! What an asshole!” 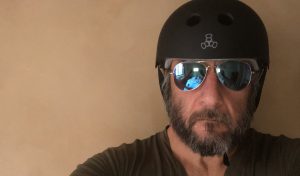 And the upshot of all this pedaling? Last week the costume shop supervisor was in to take Desdemona’s measurements and spotted me during a break. She smiled, ambled over and greeted me with “Hey you look smaller since the last time you were here. We’re going to have to take your measurements again!”

Music to my ears.

← Destiny
A Full And Proper Kit →