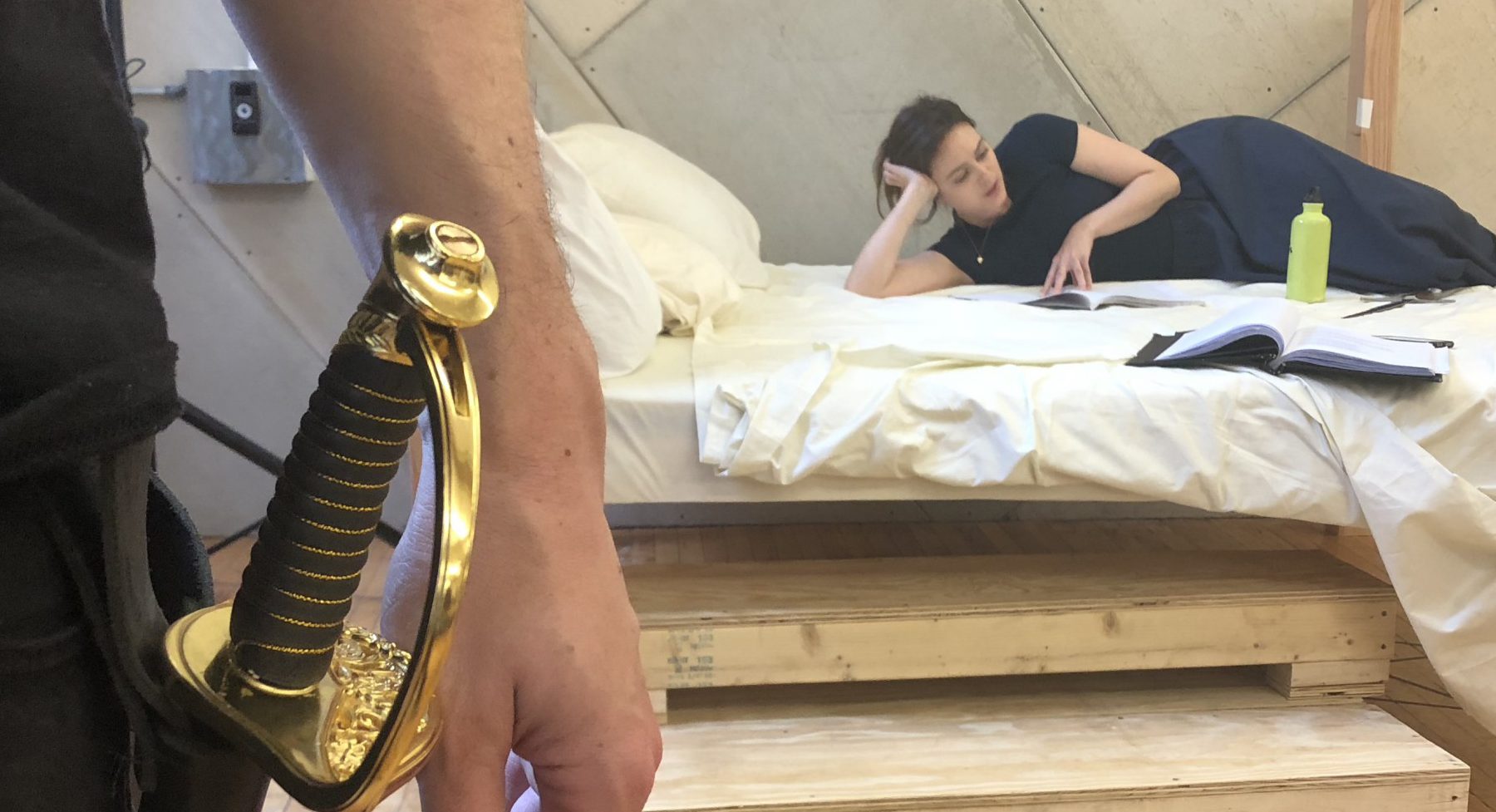 To the untrained eye, good direction and skilled acting appears effortless. So much so that the story and characters come to the fore and command the attention of the audience. But to tell a story with clarity and precision and the appearance of effortlessness requires skill, experience, attention to detail and a dash of talent.

A case in point. When someone speaks how do you know they are speaking? There are several clues that help us, their mouth is moving, their voice has a sound and is coming from their direction. If it someone familiar to us we can recognize their voice. There are subtler clues like small gestures that accompany speech, a nod of the head, a shrug, an upturned palm, assorted facial tics. 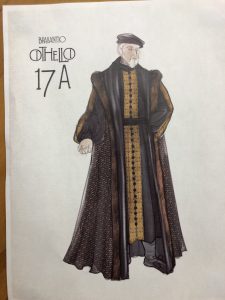 Now if that person is 50 feet away and standing with other people the clues diminish to sound and direction since the visuals are no longer as pronounced. But how about when 10 people are standing 50 away and they are all wearing microphones thus making all their voices come from the same source? This is a practical acting problem that comes up when we play large venues. To solve it we rely on human nature.

Human beings have spent most of our time on earth as food for Apex predators. It wasn’t till we started using tools that took a tenuous place at the top of the food chain. Therefore natural selection favored humans who’s vision is sensitive to motion, like the subtle movements of a big cat preparing to spring, or the trembling of vegetation set off by whatever it is that might be hunting us. We are hard wired to quickly put our eyes on what is moving so that we might determine if it’s a threat and get ready to flee. 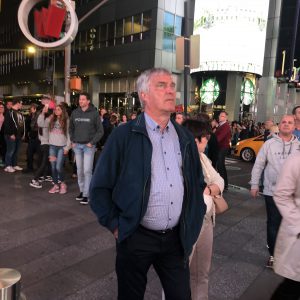 So if those 10 people, 50 feet away wearing body mikes are actors playing a play on a big outdoor stage you will notice something subtle and wonderful. One of those players will start to move just a moment before they begin to speak. The other nine will keep very still while that line is being spoken. When the line is finished that actor stops moving and the next speaker makes a movement that slightly precedes the utterance of the next line. And on it goes and your eyes bounce from player to player despite the fact that their voices are all coming from the same black box above the stage and you do not realize that you witnessing a stage technique because you are caught up in the story. That is some of the nuts and bolts of acting on stage. When it’s done right, the audience doesn’t even know it.

While I don’t know for sure, I’m willing to bet that this technique was used by ancient greek actors who played large venues and who also wore masks. Magicians rely on the same human trait to get audiences to look, not at the trick, but away from the mechanics behind the trick.

Players with a lot of experience employ this technique naturally and almost without thinking. At our last rehearsal the younger players got a chance to practice and hone their ability to be still and quiet and to move and speak at the same time.

The reverse of this technique can be very effective as well. And that is to have a lot of movement on stage save for one player who keeps very still. The audience’s eye will scan the chaotic movements, dismiss them, and eventually land on the stillness. In stillness lies potential for movement. In a few seconds every eye in the theatre will be on that one, motionless player, waiting.

← A Full And Proper Kit
The Food of Love →