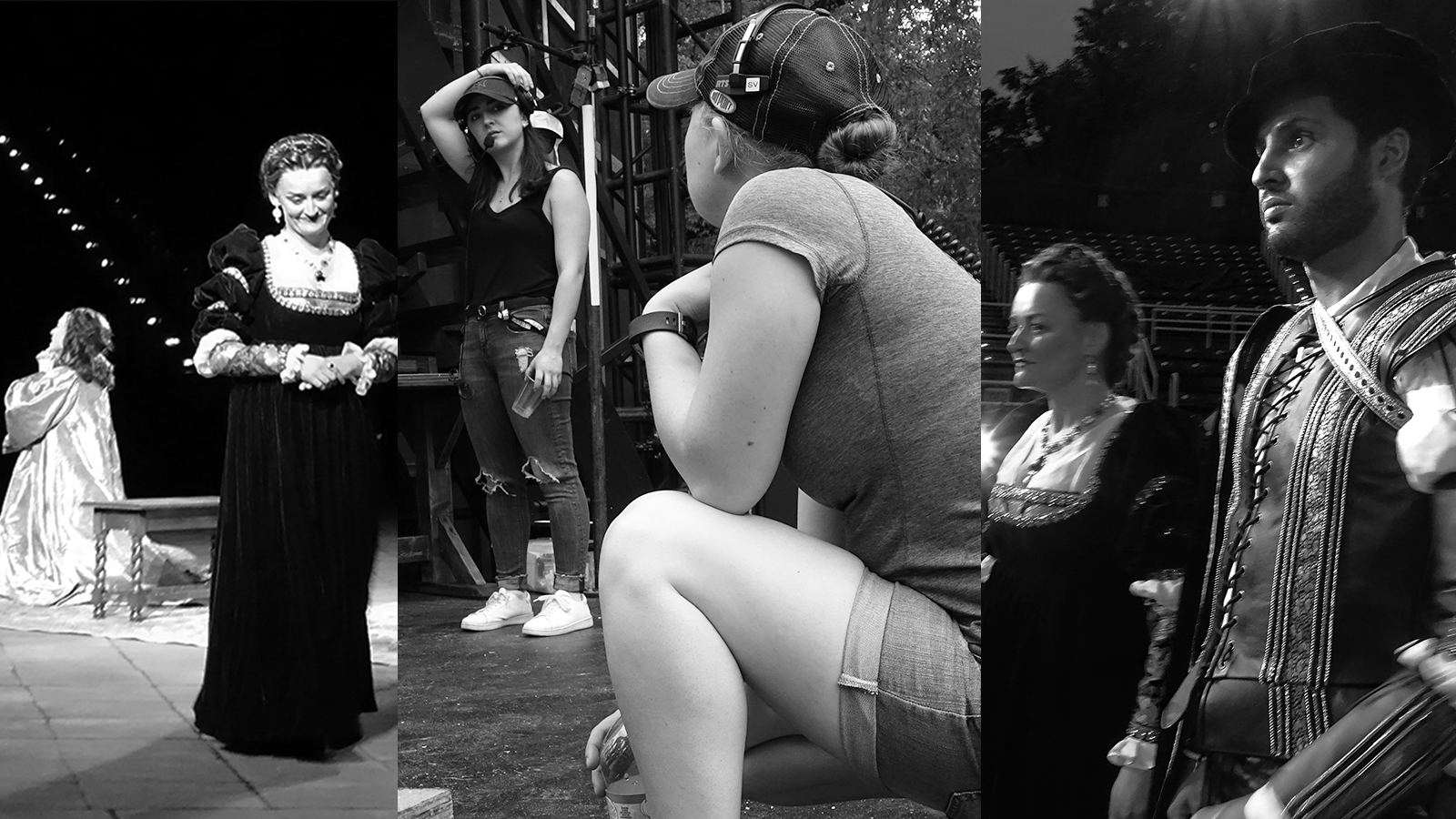 One thing we all understand is the term “Dress Rehearsal”. It’s a Theatre term that had become a part of our everyday vocabulary. We all know what it means, or what it seems to mean, and that is the last rehearsal before opening, a rehearsal with all props, lighting, costumes, wigs, makeup, and music, but no audience. This is true, and yet this is only a part of the story. Final dress rehearsal is a test of all the physical aspects of the show. It is also a chance for each performer and crew member to get a sense of their journey from lights up to curtain down.

A case in point is two quick changes I must do in the first 5 minutes of the play. At the top of the show we have a “dumb show” that is, a scene that is acted out without words, and only with music underscoring the action. A traditional dumbshow was the silent and very brief acting out of the action of play, but in our case it is an introduction of all the characters in the play that we achieve by watching them walking on the streets of Venice in their costumes. My costume is big and lush and complicated and during my overture cross I get to show it off a bit, but the moment I am off stage a wardrobe tech is standing off stage waiting to remove the large coat, doublet, and hat and leave me in a nightshirt and breeches. I then climb a very high ships ladder and wait to have a scene with Iago and Roderigo. I play the scene on the roof of my “house” in Venice and when it is done I have 8 lines to back down the ships ladder, put on my coat and doublet, don my hat and hit the stage running. The wardrobe tech, Amanda, works smoothly and quickly and if I manage a brisk but safe trip down the ladder then I can make my entrance on time, but only just barely. Dress rehearsal was my last chance to practice this offstage move in performance conditions.

Off stage moments tie directly into moments onstage. If an offstage action goes pearshaped then a performer will hit the stage carrying that moment with them, often this can skew the progress of the storytelling. Dress rehearsal is as much about backstage as onstage.

Our final dress rehearsal was a big success. The way we have put the show together works. We even had the luxury of an invited audience, which allowed us to experience audience reactions for the first time. We got some unexpected laughs and some very profound silences from our small audience of friends. There was one woman who cackled loudly at all sorts of strange places. It’s important to know where folks will laugh because it is good practice to “hold” for laughs. That means to pause briefly until the laughter begins to subside before continuing a line. This is necessary so that the story’s clarity can be maintained. But it’s important not to anticipate a laugh and then be caught holding for a laugh that does not come. Every audience is different, what one finds funny the other might weep at.

Tonight we have our first public performance. We call it a preview because it is happening prior to our official press opening. Well that is all logistics. Tonight, we will have customers in the seats and they are expecting a good show. We will give it to them, and have a lot of fun doing it.