It is an article of faith among our tribe that there are two kinds of people, “Theatre Folk” and “Civilians”. We inhabit the same plane of existence, and exist in different worlds. It’s an us and them mindset not unlike Muggles and Wizards or Mutants and Humans. One group is both blessed and cursed with special powers, the other rather ordinary and it’s the ordinary group that holds all the power and is secretly wants to crush the “specials”.  My first talent agent, the late, great Lewis Chambers told me it was his intent to write a book about life in the theatre. He had the title picked out and it was a doozy:

“Will You Want Clean Sheets, or are you Theatre Folk?”

He claimed it was a question that was asked by certain New England innkeepers in the 18th century. I’ve never heard another reference to this question, but it sure tickled me for it’s close embrace with silly and somber. Theatre folk are the people who stay up all night reading, and talking. Theatre folk the ones who are having more fun, more sex, more adventures more laughs, more drinks… or at least is seems that way. And maybe that is why the Civilians love us and hate us, and buy tickets to see us perform and dismiss our profession as “silly”.

The practice of the profession of Theatre Artist is to take on a life of 6 day work weeks, low pay, family disruption, grueling travel, long nights, and endless stretches of unemployment. There’s more but this list alone would have any civilian asking “why do you want to be in Theatre?”  I was asked that very question by Brooks Brothered, wire framed, goateed Civilian during a post show Q&A while on tour back in the early ’80’s. I instantly answered with a question of my own, “why did you grow that beard?”. The audience broke into laughter and to his credit so too did Mr. Goatee.

The great abstract painter Kaye Freeman can’t really say why she paints. She just gets up every morning, goes to the studio and paints. Once, while working on a film, a western, I heard someone ask one of the wranglers, a leathery, camel smoker in a well worn Stetson, why he became a cowboy. He offered 5 seconds of appearing to think about an answer and then replied, “Well I’m too lazy to work and too nervous to steal”. I took that answer as my own for a long time whenever the questions of why came up. Nowadays I don’t even bother.

“Why” is not really the question. “How” might be interesting. “How long” even more so. A very good question is “What would you be if couldn’t be” and can get an all night convo going.  For the record, if I couldn’t be an actor, I would become a scientist, or a travel writer, or maybe a sommelier. I could not bear to spend my time trading stocks, or selling, or managing human resources.

But here is, to my mind, the real question, the core question that I now ask of all my Civilian friends, “Why AREN’T you in the Theatre?” When did you stop playing pretend games? What caused you to give up on being a fireman, or an astronaut, or a jet pilot, or a movie star? Why do you pay to sit in a seat and watch us when you could come up on the stage and join the fun? Talent is not required to join our club, just ask any Theatre Critic. All we ask is that you show up for rehearsals and performance on time, play nice with others and keep a positive attitude.

The questions above aren’t rhetorical. I really want to know. If anyone would care to offer an answer send it to miguel@mpactor.com.

I’m back in rehearsal tomorrow.

Special Note: Today is my son Alexander’s 30’th birthday. He grew up around Theatre Folk and turned out just fine. Happy Birthday Alex! 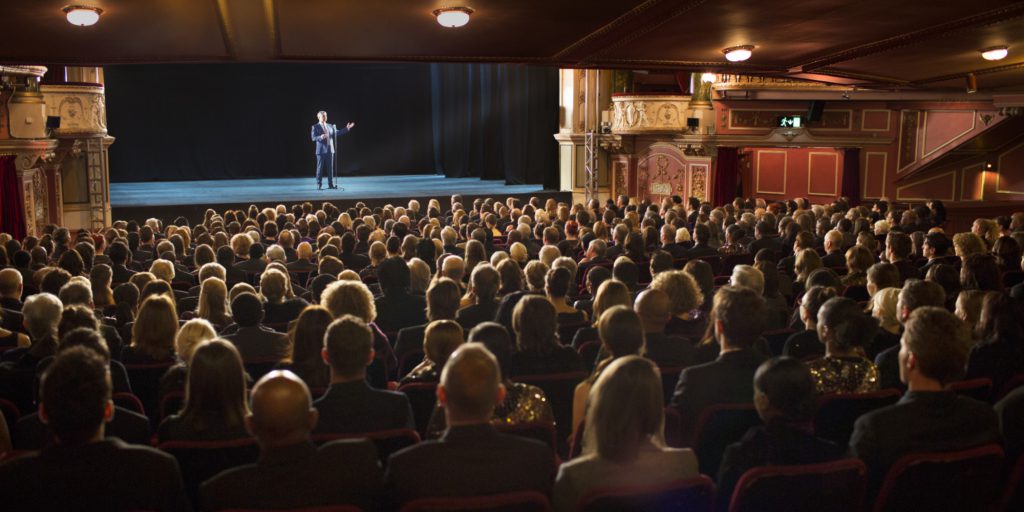 ← Another Week Gone
Choices: The Why of it →