Choices: The Why of it 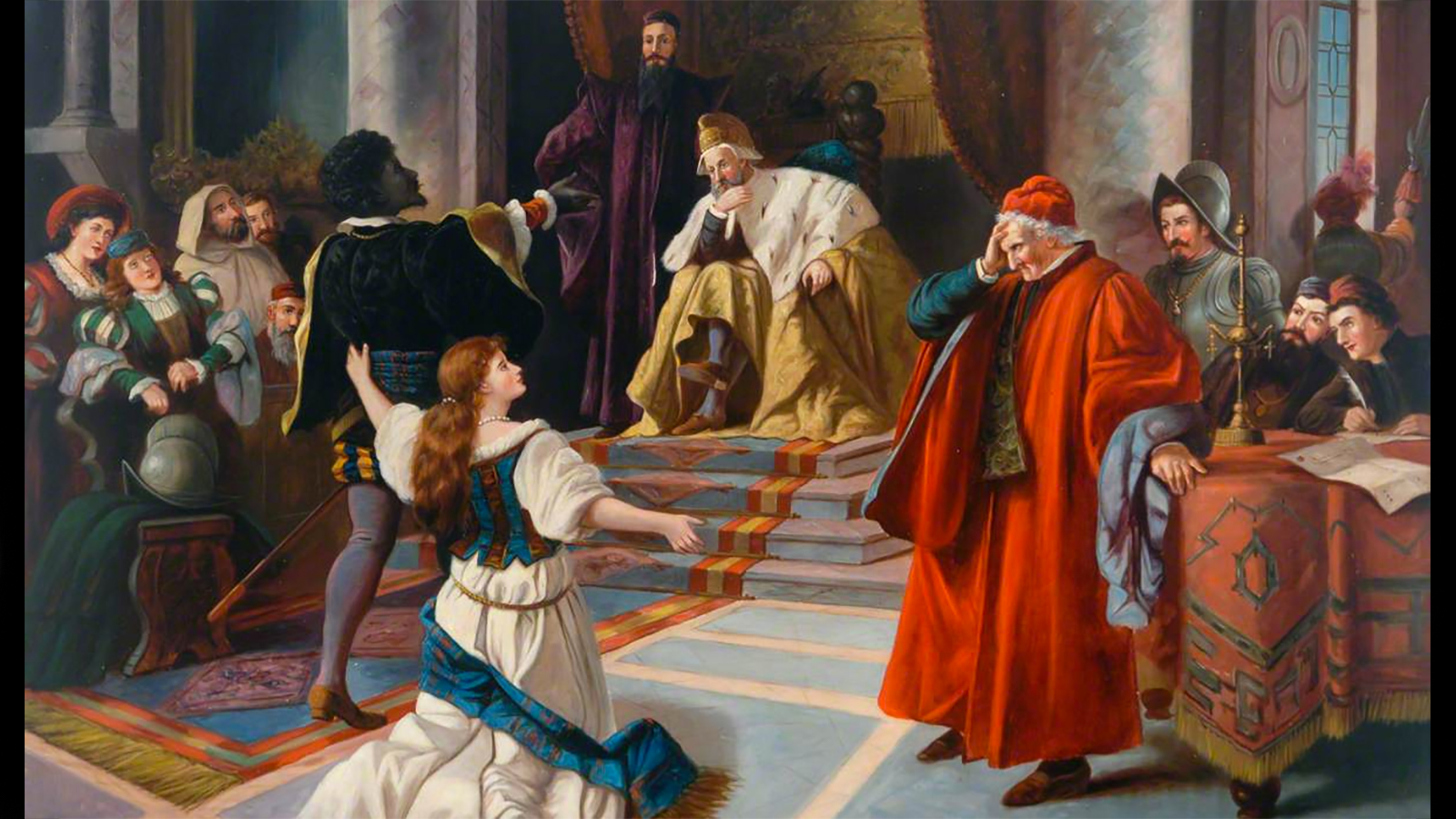 Choices: The Why of it

So I come off the rehearsal floor after another work through and I feel like I’m starting to “own” my time on stage, but only just starting. Feelings I have about the play, about the character, about the part of the narrative I occupy, are starting to coalesce into ideas and those ideas will be the basis of concrete actions that might be played.

Perhaps he sensed that I was ripe for a brief chat about character and action because our Shakespeare scholar and dramaturg, James Shapiro approached me and asked me a simple question: “Why don’t you want Roderigo or Othello to have your daughter?” In an instant, the feeling I had about this very question crystallized into a brief and very compelling answer, “because I want her all to myself”. I can cite three lines from Othello that support this idea, and the idea itself does not get in the way of the overall arc of the story.

Two of these lines suggest that I was keeping Desdemona with me like a treasure under lock and key. The other suggests to me that I fear my old age (my despised time) will be bitter and filled with regret without Desdemona there by my side.

This idea is also good for me as Brabantio because it heightens the level of loss and betrayal that I (and by extension the audience) experience in the play. It also leads us away from the archetypical “angry Italian father” and toward “Powerful Brabantio, who is terrified of dying without his beloved daughter Desdemona holding his hand”.  So I want her all to myself, she is a jewel, she is the only person left from the marriage and family that I built and that somehow slipped away from me. She looks just like her mother, whom I loved and hated and loved some more and lost in such a way that I would never have her back. She is my final link to a family that no longer exists, to a love I can never have back. To a time that was sweet.

We see a lot of this kind of relationship in the Shakespeare canon. Shylock loses his daughter Jessica when she runs off with Lorenzo. Prospero loses Miranda when she falls in love with Sebastian. Lear loses Regan and Goneril to their ambition and greed, and his third daughter Cordelia, the one who really loved him, is murdered. Polonuis loses the the obedience of Ophelia to Hamlet. It’s clear that the Father/Daughter relationship is something the Shakespeare thought about often. And there are a lot of motherless daughters in Shakespeare. Rosalind, Bianca, Beatrice, Helena, Hermia and Imogen are just a few of them.

James asked me a few other questions in his Socratic way that sought to challenge this choice. My answers satisfied me that I was on the right track. The choices we make as actors lead to the actions we play on stage and every choice can inform other choices and actions and when all the choices made and all the actions decided upon  we have a narrative, or more simply, a play. The odd and counterintuitive thing about a play as opposed to life is that, in order for an audience to sit and engage in a fictional narrative, it must, must, must be plausible. The choices and actions must come from a place of sense and reality and human understanding. If not, then that delicate state of acceptance, that suspension of disbelief that the audience agrees to in exchange for our story is shattered. However, life itself is rarely like that. People on the stage of the our everyday life to things that are, strange, out of character, unexpected, and just plain nuts. Unfortunately we have no choice but to accept that it’s been done and move on. Life isn’t really a narrative, it just seems that way. And a narrative isn’t really life, it’s just what we would like life to be.

That said, we’re getting ready to take our choices and actions onto the Delacorte stage and give them a real workout.

← Us and Them
Choices: The Questions →