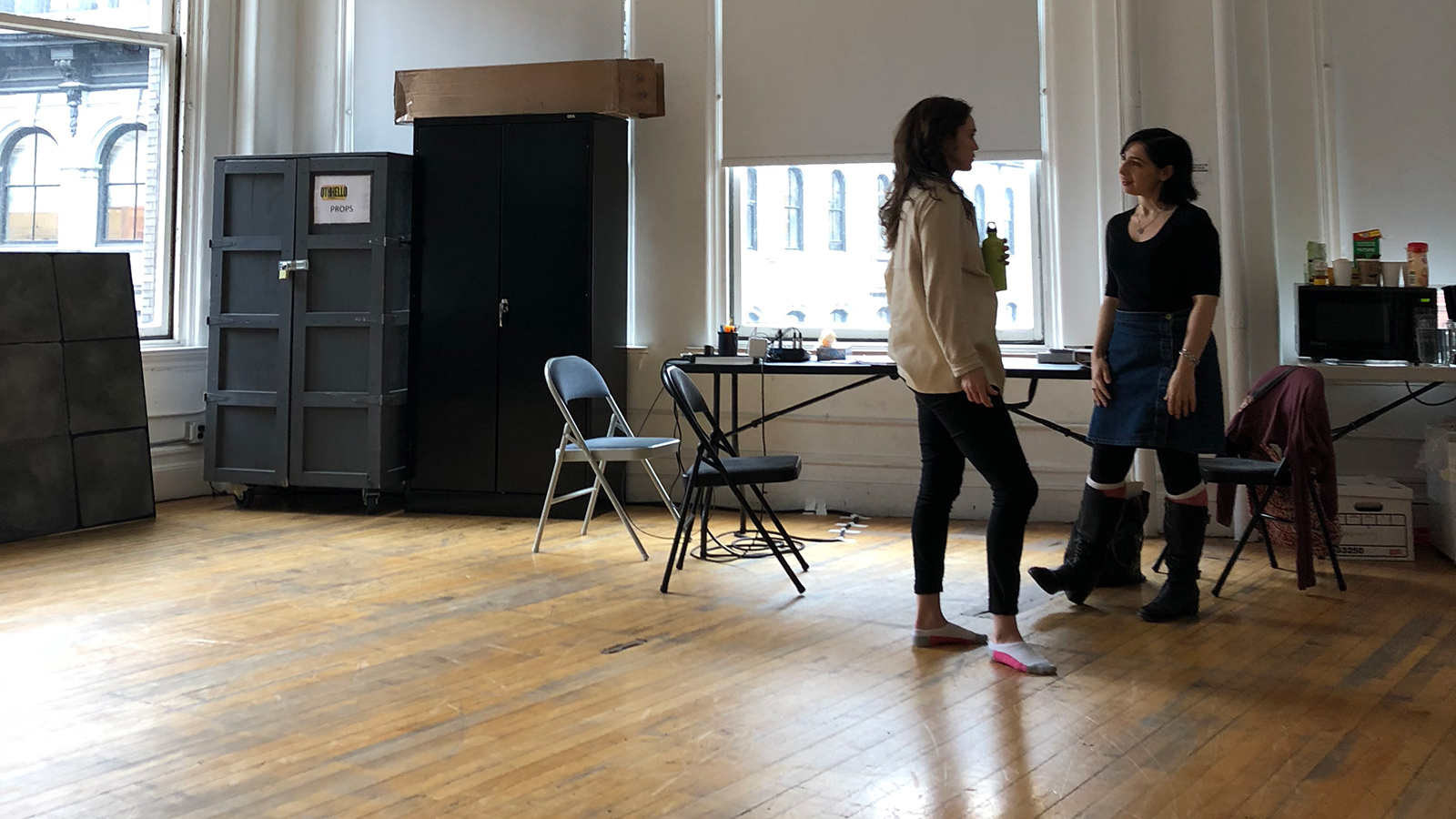 At our run through yesterday, our director invited us to test the limits of our passion, to forget about meter and scansion and poetry and to put our focus on the humanity of the story.

I took his note to heart as did most of the company and we tore through the play with spirit and volume and emotion and intensity that had us setting a time record for the telling of the story. I must confess that I bruised my voice a bit in my part of the narrative. I pulled out all the stops and challenged all my choices against the highest level of passion. And the decisions I’ve made stood the test. But I found that there were moments that were run together, ideas that were forced to stretch over too many words. I realized that I must go back to the text and find more ideas, more details in the painting of the part of the narrative I tell.

When I got home after rehearsal I took a look at the text and set my intention. I would dial back the passion and seek out the moments the live between the moments I had already discovered. Like any good actor/yoga student, I sent my intention for the next day’s rehearsal. Not long after that I received my rehearsal schedule and found that I was slated for a 45 minute session with our voice coach Julie Congress. Julie is a crucial part of our team. She works with us not only on vocal issues, but also on our nuts and bolts choices on how to actually speak the lines we are given. There is not a classical actor on the planet that does not rely on the skill and expertise of a voice coach. The work they do on our behalf is indispensable, and when done well, invisible.

I arrived at my voice session with Julie and her first question was, “What do you want to work on?”. In an instant I told her that I wanted today’s rehearsal to be about ideas over passion. I know and understand the passion and now I want to meld the words and the passion together. She smiled her wide, bright, smile inducing smile and said, “Great!! Let’s get to work!”

We went through my part word by word, idea by idea, sans emotion and in a dispassionate manner, finding the extra ideas that I knew I were missing. We talked about where to breathe and which ideas to play up more than others. We began to modulate my performance at a level of detail that you don’t get at the Idaho Shakespeare Festival. (Sorry Idahoans, but I know that Julie has never worked with you).

She gave me a very interesting exercise. She handed me a paper and pencil and asked me to sketch what I saw out the window as I spoke my lines. I had never done that exercise before and dived into it head first. It lead me to all manner of new choices and ideas about my role. And in the end, I had a pretty fair sketch of the building across the street from the rehearsal hall. Yes Julie is young enough to be my daughter, but her wisdom in the realm of voice coaching has me sitting at her feet, eager to learn. Please note, that Julie teaches at the Stella Adler Conservatory. My teacher Mario Siletti was a student of Stella Adler and later was the head of faculty at that august institution. When I was a student at the National Shakespeare Company conservatory, a fellow student named Angela Vitale went on to become a teacher at Adler. Even though Julie and I had never met, we had been trained in the same way and spoke the same language. That our session would be fruitful was a fait accompli.

Needless to say today’s rehearsal was a success for me. I was more at home in my role than I have been to date and I made flood of discoveries that represented a true leap forward in my progress in this role. Tomorrow is about solidifying what I’ve learned and preparing for the next step.

Sometimes we have to step back in order to move forward. Well today, 2 steps back earned me 5 steps forward. I’m not at performance level yet, but the path is clear and the momentum is there.

I was not alone in this leap forward. The entire company, especially Corey Stoll and Alison Wright, took the work to a new height today. They did it not with sound and fury but with intellect and insight. I am so proud to be playing with this company.

Tomorrow we do a runthru for Oscar Eustis, artistic director of the Public Theatre. Our Director, Ruben Santiago-Hudson gave us the best advice possible for this event, “Stick to your process! Keep doing your work. Don’t worry about Oscar.”

I love you Oscar, and I hope you enjoy where we are at tomorrow. No doubt we’ll be much further along come the night.