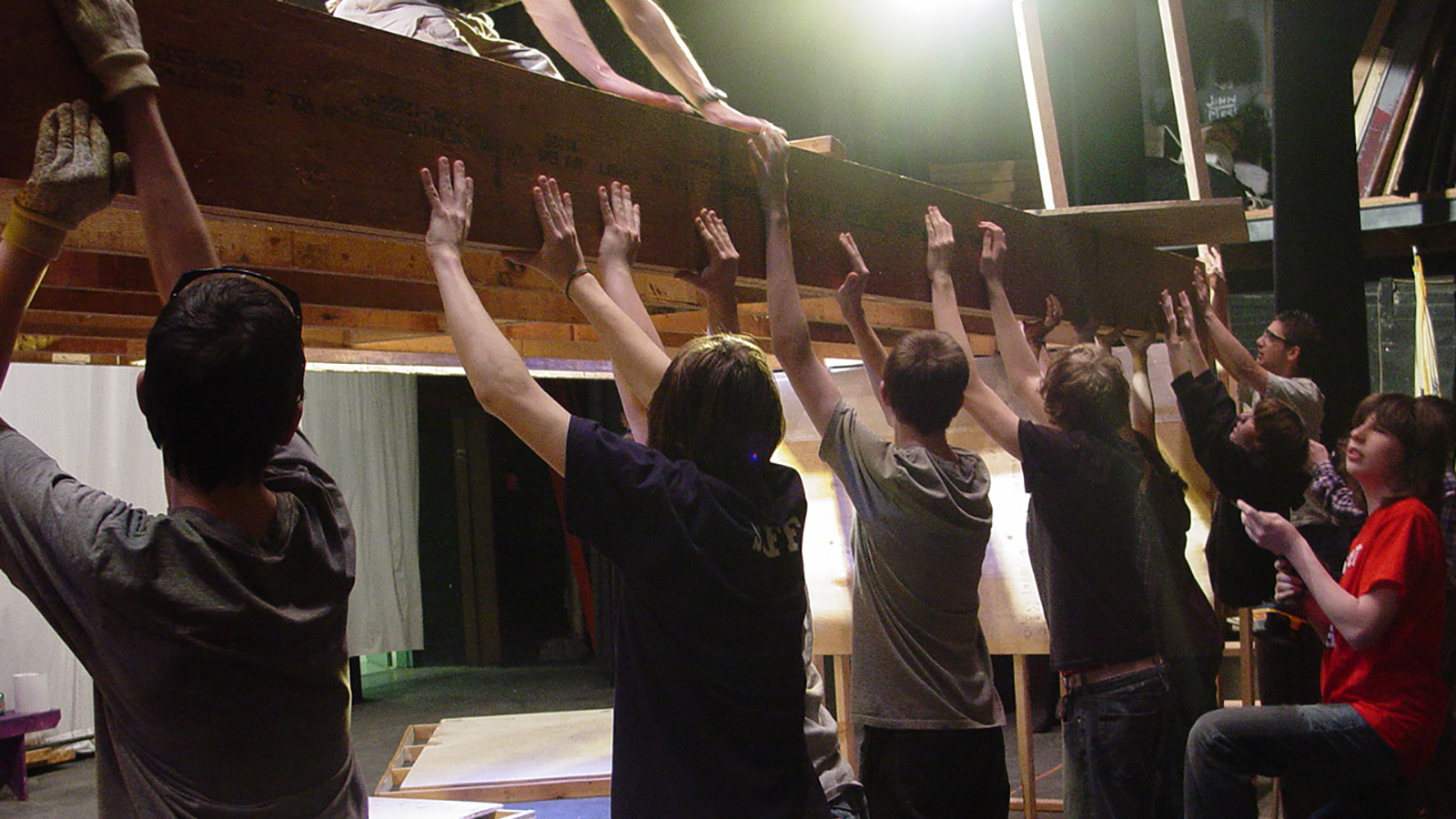 Monday night after rehearsal I hopped on a Citibike and chugged up to the Delacorte Theatre for a very special occasion. The Othello company had been invited to the Crew Barbecue. This was the moment when all the artisans, crafters, builders and engineers who make Summer Shakespeare in the Park possible, gather and eat and drink. For some it’s a moment of relaxation as they look toward completing the first stage set of the season. For others it’s a chance to get acquainted or re-acquainted with the team who will run the show that will happen on that enormous and beautifully crafted set.

For folks like me who get to privilege of playing on that set in that venue, it’s a chance to begin saying “thank you” to the cadre of smart, talented, dedicated people who audience members often never see or sometimes glimpse. My thank you began before I even arrived when I stopped off at a liquor store for a bottle of Jameson to offer my beloved coworkers upon my arrival.

When you go to a movie and the credits roll, if one stays to watch they will see hundreds of names scroll by. Those folks did fantastic work on that film months ago. Many are already working on another film. On a show like ours the crew is present, in the Theatre every night. The crew is first to arrive, last to leave. Wardrobe runners are cleaning, repairing and prepping costumes, as well as tending to the laundry that is generated by a large cast playing an outdoor venue. The sound crew is testing and maintaining the mixing board, amplifiers, computers and body microphone systems that are crucial for creating the best possible audience experience. The lighting crew is keeping the lights on and keeping up with the wear and tear that plagues a light system that is exposed to the elements. The props team maintains the props that are used throughout the show. Every “message sent from Cyprus” or “taper guarding ‘gainst the gloom” is a prop that must be crafted into existence, catalogued, stored maintained and set out on prop tables strategically placed near the many entrances to the stage. Many props must be replaced nightly and some props are so important to the show that the story cannot go on without them. Where would our show be if Desdemona’s handkerchief were not carefully placed and ready for her when she needs it? The electrical system in the Delacorte is vast and rather intimidating, that is to anyone but the skilled crew that keeps it running. Stage management is at the center of this enterprise. The production stage manager is the boss of the show and all of the department heads will coordinate with the PSM on any issue show related. The Stage Manager is on the stage itself and in constant contact with the PSM who runs the show from the Booth at the top of the seating area. Assistant stage managers are stationed at key points around the stage passing on communications from the SM and PSM and making sure that all goes smoothly throughout the show. They do this in a very hands on way, helping to move set pieces, clear props and furniture away or to entrances, helping actors get sorted out prior to going on. They must be alert and aware at all times. There are other teams at work who have a big part in making the Delacorte experience great. The front of house crew is the team who greets the audience and helps them find their seats. The concessions team is there selling snacks and souvenirs, and of course there are the actors, putting on a play.

A further note on props. Twice in my career I have been caught on stage without a crucial prop. Both times it was my own fault. Once, in a production of Twelfth Night, while playing Malvolio, I went on stage for the climactic scene where confront Olivia with a letter that I thought was from her… without the letter. She and I have speeches, in verse, referring to the letter, the nature of the handwriting. But we had no letter to refer to. We got through the scene, it wasn’t pretty. Another time in a production of Romeo and Juliet, I was playing the noble County Paris, and was entering the tomb where Juliet, whom I believed to be dead, lay and where I would be attacked by Romeo and, after a brief swordfight, killed. I’m sure you have already guessed that I forgot to take my sword with me. I spotted my mistake and in a very clumsy improvisation, left my attendant alone on stage holding a torch while I sprinted back to the tiring house to retrieve my blade. The show went on, and to this very day I still get teased about that gaffe from time to time.

To sum up. You can put on a play in your living room without a crew, but to put on a SHOW, you need the help of many, dedicated experts.

Oh, and to any actors out there reading this, before every entrance check your fly and check your props!

← The Word: Backtracking
The Big Run Thru →