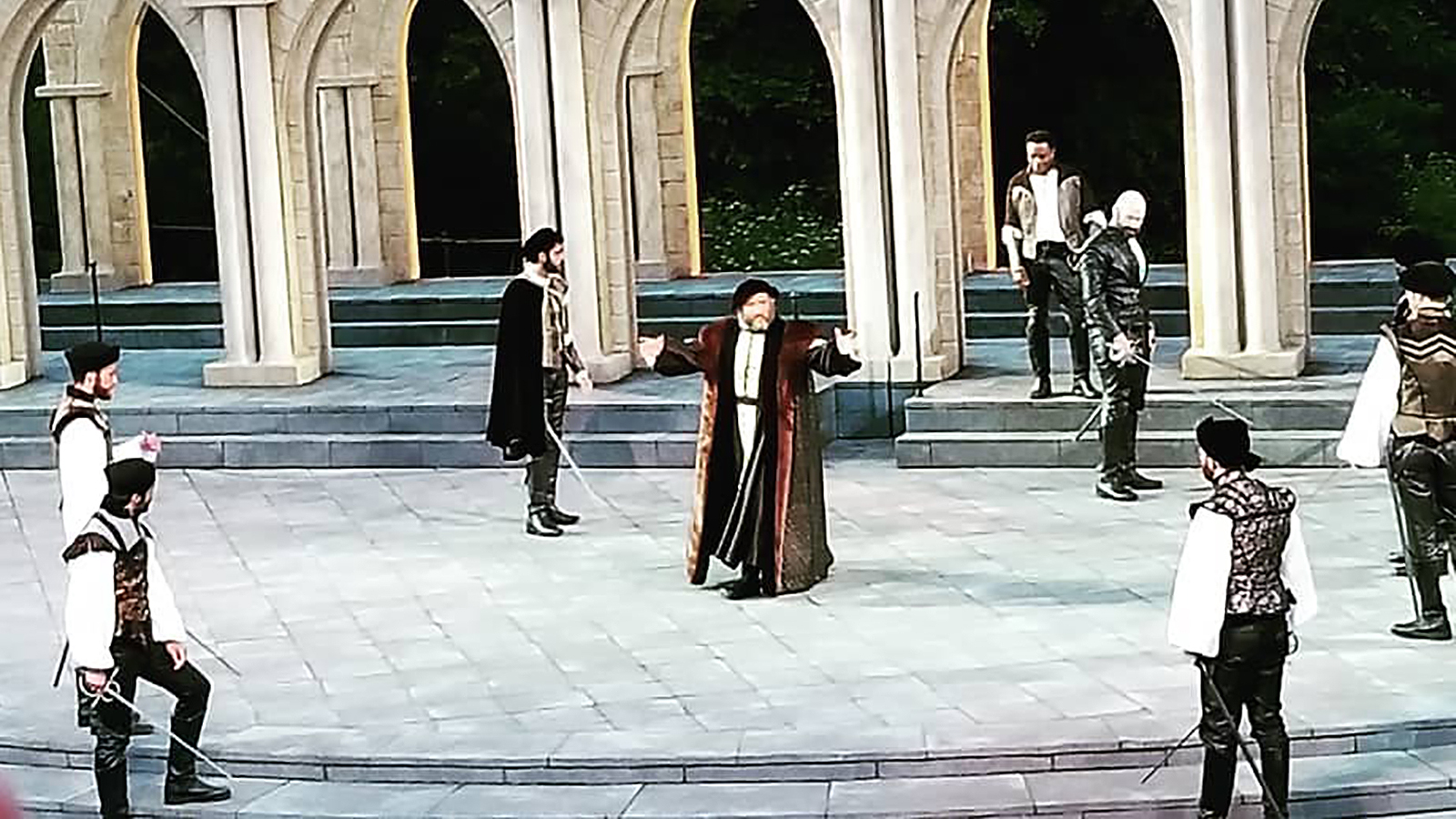 Last night during preview #8 I suddenly realized that we are in the groove. Different folks describe it differently, some actors will say that they have “taken full ownership” of the material, or others will say that they are “wearing it like a suit”. Still others will announce that they are in a “very good place in the process”. For me, what it all comes down to is that it is no longer a stressful exercise to get through a performance. I no longer have to use all my mental energy to get from curtain up to final blackout. I have some brain power to spare that I can use in the moment on stage to find more nuance, more emotional notes to play, more colors for the palate of gesture, movement, behavior. Now is when things get really interesting.

Civilians often ask the question “how do you remember all those lines?” We in the profession often joke about that because learning lines, for the most part, is easy. What is hard is saying those same lines hundreds and hundreds of times and making each time sound like the first. That requires mental acuity, toughness and agility. It demands the ability to let go of last night’s performance and put all of one’s focus on what is happening right now. And by right now I do not mean, “this performance” or even “during this scene”, I mean right this very moment in my part of the universe as I am living it; the meta now. It’s a tough mental exercise and is easy to avoid. If an actor is tired or a bit hung over, or overfed, underfed, ill or even constipated. It is very easy to just hit the cruise control and skate through a performance…too easy. The mindfulness required to be in this very moment on a stage, is something akin to the practice of Yoga or meditation. As a former athlete I can say that playing on a stage with a company of actors, has some of the same mental challenges as competing in a team sport. Mindfulness of the moment and sensitivity to the movements of and proximity to one’s co-workers are key to good storytelling and winning teamwork.

So we are in the groove, but the work does not stop. We continue to ask questions of ourselves, to test the material to explore different emphases and other facets of the ideas behind the language and the language itself. When we are in the groove we have had ample time to gauge audience reactions and incorporate those laughs, or ooooohs or gasps into the timing of our performance. But we can never count on those reactions to happen because every audience is different. We have to play the percentages and be hypersensitive to the sounds coming from the audience by actually paying attention to them. In effect, an actor on a stage is occupying three realities at once. The reality of the story being played, the reality of the people and mechanisms behind the story being played and the reality of the audience who it witnessing the whole thing. Multitasking is a proven impossibility, so what we rely on is not actually being, mentally, in three places  at once, but rather in understanding the patterns that comprise three different narratives. If one pattern in one of the narratives changes then the other two must change as well. When I hurt my leg the other night the show narrative took the first hit. I was on stage saying my lines, but at the same time I was trying to determine whether I could even do the blocking I had been assigned for the scene. The story narrative was affected because my character seemed more distracted and less passionate due to the tentative way I was moving. This affected the audience narrative in that their one time seeing and hearing this story would include a Brabantio who was behaving substantially differently than the one the prior night’s audience had witnessed.  Once off stage I was able to better assess my physical situation and make adjustments to bring the three narratives back into balance. Believe me, if learning lines was the only challenge in the profession, I would have already left it for the priesthood.

Last night everything was clicking. The crew has coalesced into a single powerful entity that plays the Delacorte like a musical instrument. The cast is tuned to each other and to the story in a deep and intimate way. On stage we are listening and responding as people, off stage the listening continues as we offer encouragement, compliments and jokes and stories and tenderness.

Tonight we arrive at the theatre with full hearts, healthy bodies and willingness to tell this story again with wit, passion, humor and love. Everything else is yet to be discovered. Or as Iago says  “There are many
events in the womb of time which will be delivered.”